This has been a particularly beautiful Spring – I’m not sure if is to do with the much warmer temperatures but the gardens at wyndford have just flourished.  The roses have been dripping off the bushes, although we did loose a few earlier, from sunburn apparently, when the heat in August and no new leaves yet, withered the stems. 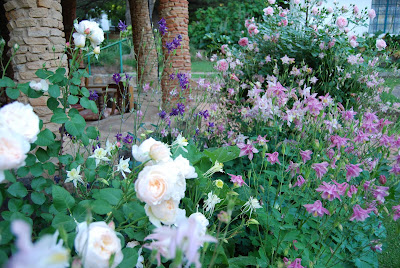 Den and Cabin’s upgrade, to all for whom this is a favourite room, is now complete. Resplendent with a new bathroom complete with slipper bath… and shower!  Crystal Palace rejuvination is underway – and as the name suggests with a touch of velvet and a little bling! 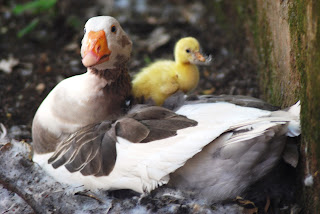 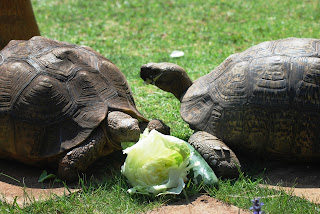 The farm yard is bustling, what with 5 new piggies, 3 new bunnies a gosling or two, and the addition of a new tortoise to join Charlotte. Perry, as he is named (…perriscope – his neck is mighty long…) arrived recently after being conviscated at the border where an attempt was being made to trade him for two cows. We have since been given permission to adopt him, with all the necessary paperwork and he is racing round the garden.  Yes really… the hare wouldn’t stand a chance with him, and he is also exceedingly social – no trouble to head into the house and track down the cats food!! The verdict is still out as to whether Charlotte is happy to have him around and there is a lot of shell bumping that goes on. 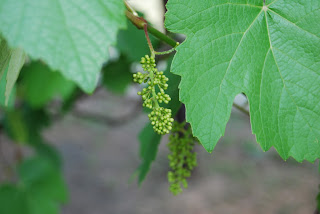 As our grapes look like little pinheads, the good news is that the cherries are already available in the area – so if they are your favourites, give the girls a call on 0582230274 and book soon.  A little more advanced notice for the tour groups, heading to Katse, Clarens and Golden Gate, from 24 – 29 January and 6 – 11 March 2016. Sit back, relax and let someone else do the driving!
Lisa Kowalsky is our latest monthly draw winner of a two night stay out of season for two people!   It could be you – head off to the website to enter on www.wyndford.co.za and we will keep you up to date on www.facebook.com/WyndfordHolidayFarm with all the news.